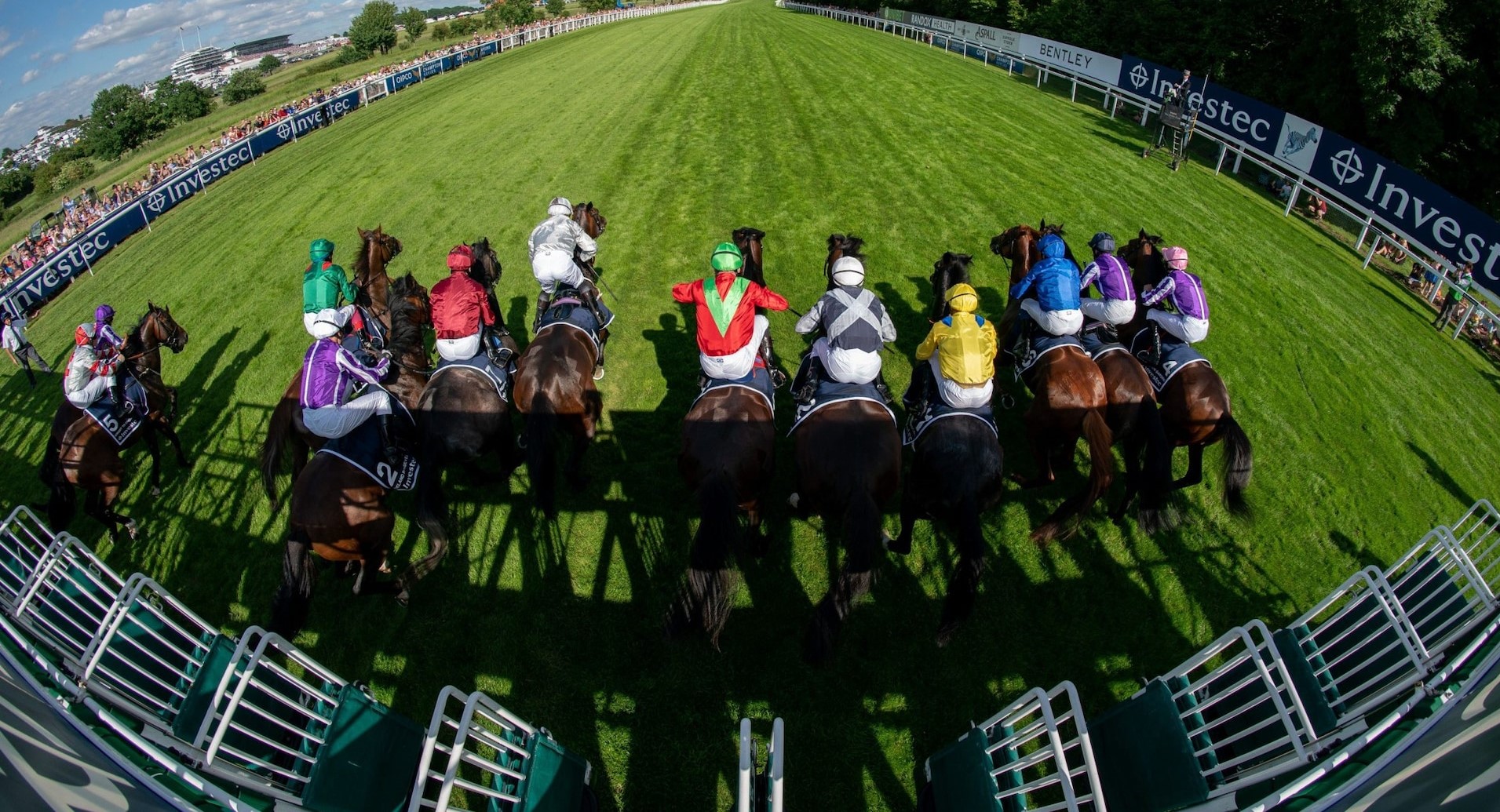 Six of the top ten races and more than half of the Group 1 races around the world are started by Steriline.

Organised horse racing has been sported and betted on for over 150 years and in this time, we have witnessed some of the greatest moments in racing, thanks to each of the racing clubs and communities around the world. Racing has been largely refined over the years in accordance with racing guidelines, and so has the technology, providing the ultimate racing experience for both the racing teams and spectators.

Creating the top racing environment requires leading track management, leading facilities and leading equipment. Steriline Racing has been working for over 50 years with tracks around the world to ensure each race has premium equipment with unique designs from its starting gates to its winning posts. That’s why Steriline starts more than half the top Group 1 races in the world including six of the top ten.

Honourable mentions outside of the top 10 that have helped to set the standard for racing, starting with Steriline, include: 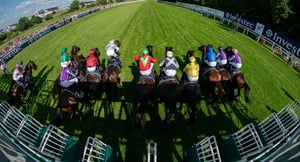 The Epsom Derby is the United Kingdom’s top race, held on the first Saturday of June each year as a part of the English Triple Crown following the 2000 Guineas at Newmarket which is also started by Steriline. Since 2006, Epsom Downs has raced from two bespoke 10-stall Steriline Starting Gates. Following extensive research and work between Steriline and the UK governing racing bodies, all gates in England are now started from Steriline Starting Gates which include modifications specific to the UK conditions and requirements. 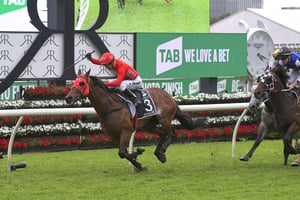 The Everest held on the second Saturday in October as a part of the Everest Carnival, ran at Royal Randwick, has one of Australia’s top prize pools with a prize purse of around AUD$20,000,000. In 2019, The Everest ran from the 20-stall Steriline Starting Gate.

The ATC has replaced all their gates at Rosehill, Randwick and Canterbury racecourses with the Steriline platinum model starting gates. Randwick also uses a unique design-winning post manufactured by Steriline along with other fencing and rail products. 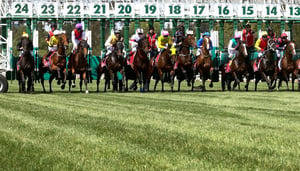 The Melbourne Cup held on the first Tuesday of November in the heart of Melbourne is dubbed the race that stops the nation, and has all eyes on Steriline’s 25-stall platinum model gate which is the largest in the world since 2010. The turf track is also the longest race held in the top 10 list running at 3,200 metres. Steriline works closely with the VRC every year to ensure all racing equipment is up to standard. Steriline has also provided custom-made aluminium fencing for the famous birdcage precinct, along with a new replica of the heritage-style famous clock tower. These products were made to meet all current safety standards whilst keeping with the style that has come to be known as Flemington. 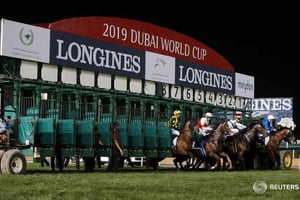 The Meydan Racecourse has been utilising a 16-stall silver model gate since 2009 for the Sheema Classic. Held at night on the last Saturday in March as one of the Middle East’s most esteemed races hosting the world’s richest race day. The race is held on the rare dirt track which is one of two tracks that use these conditions in the top 10 list. Unfortunately cancelled in 2020 due to COVID-19 the race hopes to be back on top soon. 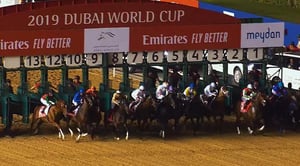 The Dubai World Cup held on the same night as the Sheema Classic is the pinnacle of racing in the UAE. Ran at the Meydan Racecourse, with a prize purse of over AUD$18,000,000.

This race was known for many years as the richest race in the world, so it's no wonder they have continued to choose Steriline Racing gates to ensure the race starts right. 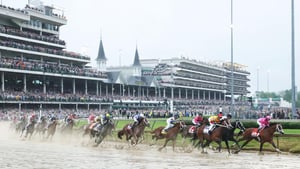 Churchill Downs Racetrack entered into an agreement with Steriline Racing to design and construct a new custom-made, 20-stall starting gate that will be used for the 146th running of the Kentucky Derby. The gate is based on the platinum design with special modifications as requested by Churchill Downs to meet their specific racing conditions and requirements. The Kentucky Derby is the biggest race in the world not necessarily due to the prize pool but from the overall viewership with estimates of over AUD$200,000,000 betted on the race.

Finding the best equipment for your racetrack is important, and by tailoring Steriline’s product range to meet your track’s needs, our aim is to work with you in an ongoing partnership for years to come.

Should you wish to request a quote for a starting gate, or if you have any questions relating to your existing gate or any of our racetrack products please contact us at Steriline Racing.

Maintaining your starting gate through COVID-19 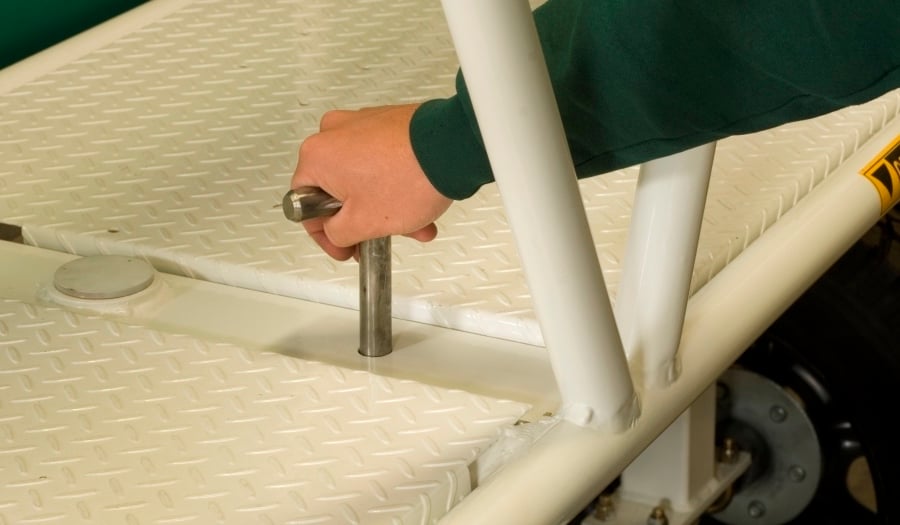